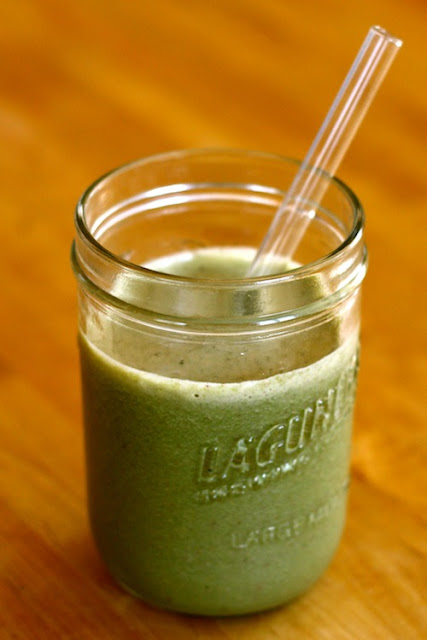 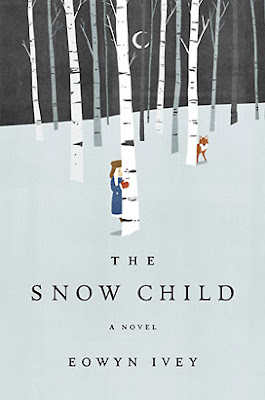 The Snow Child. I just finished it, and it was magical. It's set in Alaska in the 1920s, and it reads like Little House in the Big Woods crossed with A Fairy Went A-Marketing. Crossed with Out Stealing Horses. Crossed with Ovid's Metamorphoses. Got a clear picture of it? No? All I can say is that it was such an incredible fairy tale that every morning I woke up and told Ben and Birdy about whatever part I'd read the night before and they were enchanted. I left out some of the gloomier twilit bits, but wow. What a wild and beautiful ride. I can't recommend it enough. So long as a childless homesteading couple making a girl out of snow who either does or doesn't come to life sounds like your kind of book. Plus: isn't that the loveliest cover? Sigh. Michael just said, "You're not reading it again, are you?" And I had to say, "I'm just looking at it. Sheesh." But I might read it again, just a little bit.
(And now I'm noticing that the book is based partly on an Arthur Ransome translation of a Russian folktale called "Little Daughter of the Snow." Arthur Ransome, who wrote Swallows and Amazons, which is only one of the best books ever! O, perfect world. While I'm sort of subtly recommending children's books: we're listening to The Railway Children on tape, and it is utterly wonderful. It is so fresh and fizzing, I can hardly believe it was written over a hundred years ago. I am also planning still to respond to all your fantastic book recommendations. I have checked dozens out of the library based on them. More soon.) 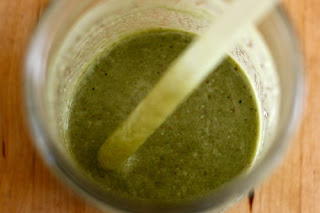 The ingredients themselves are quite attractive. But then, thanks to the laws of color mixing, this happens.Okay. The uglie smoothie. I should tell you, first of all, that while I'm interested in juicers, I cannot stand the thought of wasting all that fiber and pulp. I just know that if I got into juicing I would spend my life trying to form the leavings into crackers and casseroles, paper and pinatas and lawn sculptures. So for now, I stick with smoothies. And this is pretty much a perfect one: hideously ugly, wildly nutritious, and lip-smackingly delicious. You get loads of protein from the milk and almonds, and then a good, deep green feeling from the spinach. The date and vanilla make it taste kind of milk-shakey, and the strawberries are the crucial aromatic ingredient that also adds a bit of welcome tang. Plus, if you need to be perfectly camouflaged while lounging atop a military vehicle, this is the smoothie for you!
Uglie SmoothieMakes enough for 1 game grown-up or 2 uncertain children who will nonetheless love it.If you plan ahead, you can soak the almonds in hot water for half an hour; this will make a creamier smoothie, although I like it both ways. You could also substitute half a banana for the date, but I do recommend using one or the other for sweetness.
Large handful baby spinach (kale is good too)3 ice cubes¾ cup low-fat milkSmall handful raw almonds (scant ¼ cup)5 strawberries1 pitted date (or half a banana)½ teaspoon vanilla
Whir all the ingredients in a blender until smooth. Drink. Feel profoundly nourished.